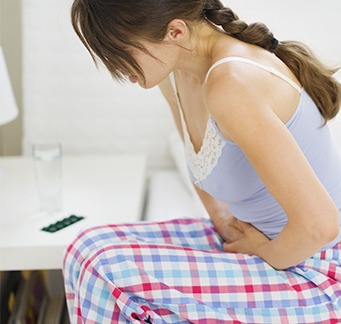 Going through your monthly menstrual cycle is not a fun time, for many reasons. Not only does it hamper many of your routine activities, such as going to the gym, but you also have to walk around in constant use of hygienic products, and worse yet, many women experience pain. For some women, the pain suffered from menstrual cramps can pose a real problem.

Believe it or not, up to 90% of reproductive-age women experience painful periods. The medical term for this is “dysmenorrhea,” and it could completely derail your daily life. There are quite a few ways to try and cope with menstrual cramps. You can try taking a hot bath, using a heating pad, even getting a massage or drinking some green tea. But, what if you don’t have the time or flexibility of schedule to try these things?

The good news is that an increasing number of women are reporting that CBD is the best supplement they’ve used to treat painful periods. So how does CBD stack up against NSAIDs like Ibuprofen? Below, we are going to take a closer look at this and how and why you could use CBD for period cramps.

Characterized by an aching or throbbing in the abdomen, period pain (also known as menstrual cramps) is a painful sensation that affects many women before and during their menstrual period. This pain is also known as dysmenorrhea, and it ranges from dull and annoying to severe and extreme. For some women, this pain can be debilitating.

Period cramps typically begin after ovulation when an egg is released from the ovaries and moves down the fallopian tube. Pain is experienced in the lower abdomen, and usually starts one to two days before menstruation and lasts from two to four days. When the pain is only associated with the process of menstruation, it’s known as primary dysmenorrhea. However, if the pain is because of an identifiable medical problem, such as uterine fibroids or pelvic inflammatory disease, it’s called secondary dysmenorrhea.

Period cramps usually refer to a throbbing, dull, cramping pain that is felt in the lower abdomen, just above the pelvic bone. Other symptoms could include sweating, nausea and vomiting, faintness & dizziness, bloating, headaches, constipation, and pain in the lower back and thighs.

So you might be wondering what causes period cramps? About every 28 days, if there isn’t sperm to fertilize the egg, the uterus will contract to expel its lining. This process is triggered by hormone-like substances called prostaglandins. These are chemicals that develop in the lining of the uterus during a period. This causes cramps and muscle contractions that are similar to labor pains. The contractions affect the blood flow to the lining of the uterus. It may also occur because, during menstruation, there are high levels of leukotrienes.

There are natural remedies and over-the-counter medications available to treat most cases of period cramps. However, common anti-inflammatory medicines often have negative side effects, such as gastrointestinal distress and heart problems. This could be why more people than ever before are asking about CBD as a remedy for pain.

How and Why CBD Could Help with Period Cramps

One of the best-known properties of CBD is that it produces strong anti-inflammatory effects. This means that CBD can help to regulate pain that is caused by prostaglandins (the hormone-like compounds that induce uterine contractions in the first place. But, CBD also has relaxant and analgesic effects, which means that it encourages muscles in the abdomen to relax and they don’t contract so aggressively. In other words, you can use CBD for cramps.

Let’s explore how exactly you can use CBD for menstrual cramps:

Medical Findings: Effects of Cannabinoids and CBD for Period Cramps

There are some very convincing medical studies regarding the ability that cannabis has to alleviate menstrual cramping and pain, although it’s still debated whether it is able to prevent the onset of pain altogether.  However, new research suggests that cannabis can potentially do both, function as a pain blocker and preventative.

In his preclinical research, Ethan Russo reported that cannabis for treating period cramps could possibly work best because of a synergistic effect between THC and CBD. While THC acts a muscle-relaxant, CBD is thought to have pain-suppressing effects. This is how cannabis is thought to not only block the pain associated with period cramps, but the onset of them as well.

Clinical trials that use CBD for pain relief have found that it is exceptionally effective in the treatment of difficult to manage pain. Cannabinoids, like CBD and THC, interact with the human endocannabinoid system (ECS) and are known to be highly effective. The endocannabinoid receptors that are present in our body and brain can be affected by external cannabinoids, like CBD, in the same way as by those cannabinoids that are produced naturally in our bodies. The ECS regulates a variety of functions in the body, including sleep, appetite, and pain response.

Several recent studies have reported that CBD is a promising source of relief for pain, inflammation, and spasms. A 2014 study that was published in the PLoS One journal reported that there was a significant decrease of inflammation and degeneration in those who suffer from intervertebral disc disease when they were administered CBD. Those who did the study called CBD one of the most promising candidates for clinical use because it is able to reduce swelling and block pain without any psychotogenic effects.

Of course, it’s important to acknowledge that the above disorders differ vastly from women’s health issues. But since period cramps are ultimately a symptom of muscle spasms and inflammation, CBD appears to be a promising solution – particularly for those who are looking for a treatment option that won’t interfere with their daily routine. 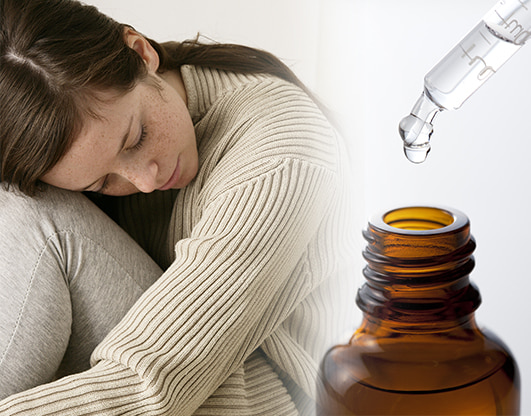 When their cycle starts and period cramps kick in, most women reach for Ibuprofen or a similar NSAID (Non Steroidal Anti-Inflammatory Drug). NSAIDs work by inhibiting the enzyme that is responsible for producing prostaglandins (COX-2). So, NSAIDs have the potential to decrease the symptoms of period cramps, including contractions, inflammation, and pain.

However, on the downside, NSAIDs may also have unpleasant gastrointestinal side effects since they inhibit another enzyme (COX-1). This is why NSAIDs should be used in moderation, and some people with digestive issues may want to avoid them entirely.

This is where CBD oil for menstrual cramps comes in. Scientists recently discovered that just like NSAIDs, CBD also inhibits the prostaglandin-producing enzyme. The difference is that CBD preferentially inhibits COX-2 over COX-1, meaning that its anti-inflammatory benefits don’t come with the gastrointestinal side effects.

How to Take CBD for Period Cramps

There is a wide range of CBD products that can help to relieve period cramps. Besides the usual, CBD oil, there are a few other options to give fast pain relief for cramps. These include; CBD tinctures and CBD suppositories.

CBD oil is arguably the most well-known method of CBD dosing. Made by extracting the oil from hemp seeds by means of a special CO2 process, CBD oil is easy and convenient to measure for precise dosing. CBD oil is versatile and has been proven to help sufferers of chronic pain and also helps with inflammation – which makes it perfect for period cramps.

If you are looking for very fast pain relief, CBD suppositories are the way to go. This is a method that concentrates the CBD exactly where it needs to go to ensure maximum relief from cramps. CBD tinctures, on the other hand, are a great all-rounder because of their versatility in treating pain. You can simply add a few drops to a soothing herbal tea.

When it comes to using CBD oil for cramps, trial and error may be required. This is because of the difference in muscle density, body weight, and various other factors. Always take less than the recommended dose at first and increase from there. CBD dosage will also vary depending on if you have mild, moderate, or severe cramps.

For those of us that have a uterus, period pain is very often an unpleasant reality in our lives. It may feel like period cramps can interrupt our lives at the most inconvenient time, but with the help of CBD, it doesn’t have to be that way.

Most women are shocked and surprised to experience how effective CBD is at relieving period cramps. But, medical research is pretty clear about why; CBD targets the cause, which is inflammatory prostaglandins, while also relieving the symptoms.