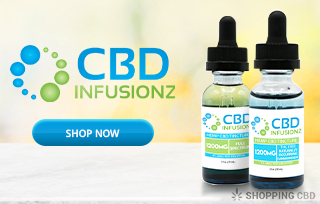 Advertiser Disclosure
All products selected meet our rigorous standard for professionalism. When you click links, we may earn revenues to support our work in educating people and promoting awareness on the benefits of cannabis. Learn more about how we make money by reading our full disclaimer

Truth be told, I’ve always had a little bit of a pet-peeve against brands and organizations that use unnecessary letters and intentionally misspell words in their company names (AJ’s Hot Rodz, Tim’s Pro Cutz Barbershop, etc).

However, I’ll make an exception for “CBD Infusionz,” as these guys have got some very legit hemp-based products at some of the most competitive prices in the entire industry. They’ve also got a truly MASSIVE selection of products to choose from though surprisingly, they don’t have any CBD vape selections at all (unfortunately for all you big time “vaperz” out there).

I’ve been able to try out the brand’s full-spectrum CBD tinctures, the “CBD Infusionz Chewing Gum,” and the CBD Shatter Slab isolates for my dab rig. Keep reading to see how they stacked up against some of my go-to brands like Pure Kana and Green Roads.

“Seriously, I've fallen in love with the banana gummy chews… I take them every single day at work, and (sadly) they're the thing that I look forward to most out of every day.”

Who Is CBD Infusionz?

CBD Infusionz is a super unique (in a good way) company that’s based out of the (arguable) cannabis epicenter of North America – Denver, Colorado.

These guys have not been around in the industry terribly long, but it didn’t take them much time at all to establish a solid foothold in the market. And with ultra effective and uniquely-designed products like “Hemp Joints,” “CBD Shatter Slabs,” and vegan “CBD Health Bites,” it’s no surprise that they’ve been able to accomplish what they have in such a short amount of time.

I could easily think of a dozen reasons why I love this brand, but here are the top 5 highlights that make CBD Infusionz one of the leaders in the current hemp CBD market:

There are two main things that I was kind of upset with after ordering from CBD Infusionz for the first time: 1) they DO NOT have different flavors to select from for their standard CBD oils; and 2) they do not have any vape products at all (I’m not a huge vaper by any means, but this is still super surprising given such a large and well-established company). 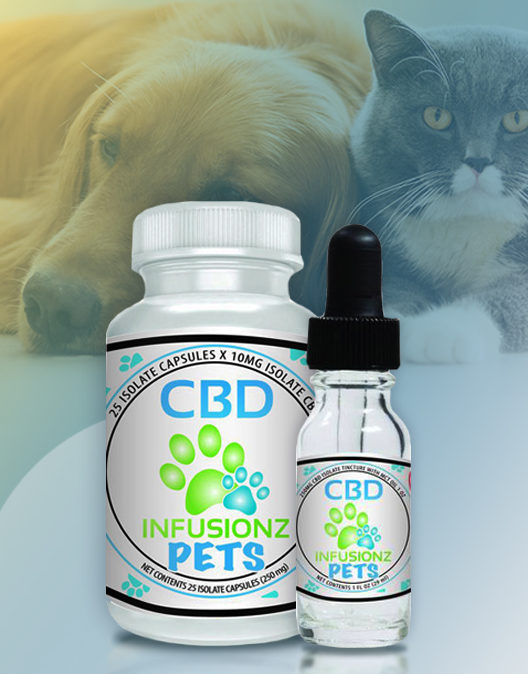 My Personal Experience with CBD Infusionz

As I mentioned in the intro, I’ve been able to try the CBD Infusionz FSO (full-spectrum) oil tincture, the Shatter Slab concentrate, and the CBD chewing gum.

First, the chewing gum. I won’t say at all that I was disappointed with it or that it tasted “bad,” but I will say that for $19.99 a pop (no pun intended), I was expecting just a little more in terms of effects. That being said however I was actually feeling pretty good when I tried it, so I really don’t have much to gauge the effects it did have off of. And as far as taste, it’s certainly not awful (I tried the cinnamon), but it’s definitely not the best I’ve had either.

The 600mg FSO oil tincture that I used worked absolutely wonderfully, and given that it’s nearly 20% cheaper than the brand I currently use, I’m seriously considering switching over long-term (I used CBD oil almost every day for chronic pain and sporadic migraines, and this stuff worked great for both).

Lastly, the only thing that I’ll say about the CBD Shatter Dab isolates is that they’re VERY potent. It of course doesn’t mess up your mind at all or get you high (there’s actually zero THC whatsoever in it), but the calming, almost sedative effects kick in more or less immediately. I actually had my wife try it when she was having a particularly hard night sleeping, and it helped immensely – within 15 minutes she was legitimately sound asleep.

CBD Infusionz has got a HUGE selection of products to choose from. When you click on the “Shop” page on their website, it’s almost overwhelming the amount of stuff they’ve got available.

As such, I’ve broken everything down into broader categories to try and make sense of it all (and maybe one day I’ll be able to try everything on there). Here is the current rundown of the complete CBD Infusionz product range: 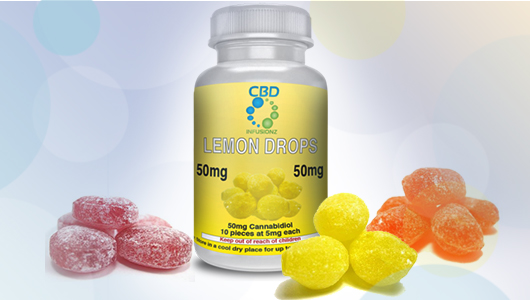 “ISO tinctures have worked really well for my joint pain. Take them over the FSO because I have to routine drug check at work. Good stuff - will buy again.”

Would I recommend CBD Infusionz? Absolutely. In fact, based on their overall value I would recommend them to complete beginners as well as daily CBD users. Like I said, I’ve been using the same CBD oil tincture for going on three years now, and I’m seriously considering switching over to CBD Infusionz permanently because I get basically the same exact effects, for about 20% less cost.

Moreover, they’ve got such a massive product lineup that you’re bound to find something that not only works for you and your situation (including your budget), but also that you enjoy taking.

Great brand, great products, and (mostly) great prices — what more could you ask for? 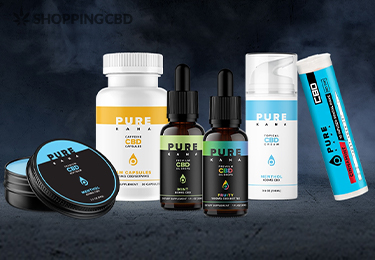 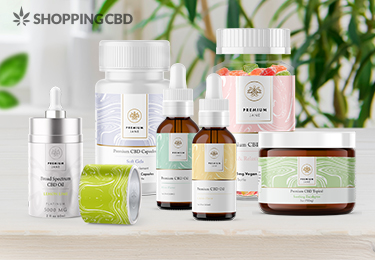 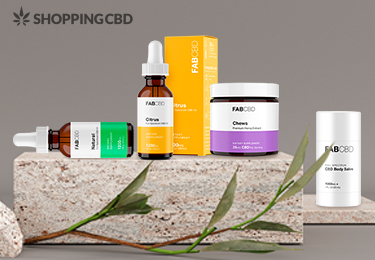 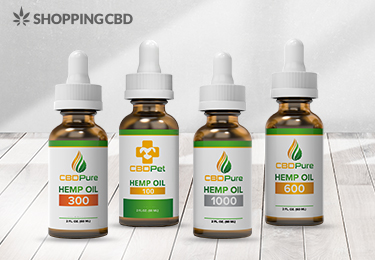 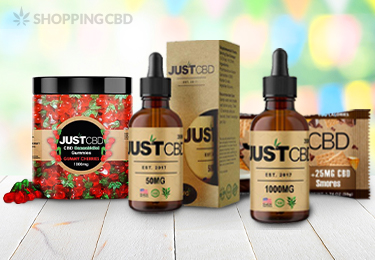 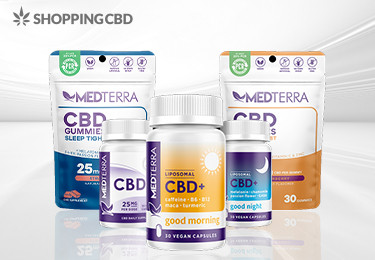 CBD Infusionz Dry Flower Products, try these. These are exclusive. I got to know that they come from another brand and that Infusionz has got some collaboration with the parent company that produces these dry flower joints. But if it is infusionz partnering with some brand, I could trust it completely. The only form of joint available in CBDs as far as my knowledge goes.

You can imagine now

I never had a baby even after 7 years of my marriage. Not that I did not want to have a pregnancy, just that we could not conceive. Adoption is something not really my cup of tea. So I tried to have pet, the next best option that most people consider. And yes, my pet dog Ronald has helped fulfill a lot of my emotional quotient of motherhood that was lying vacant so far. But now you can imagine how dear Ronald is to me. I give him the CBD from infusionz on a daily basis. So now you can also imagine how good it would be, as I can never compromise on Ronald’s diet 🙂

CBD for me, or for my pet, it has to be the best. I am sure all of you who have those furry creatures at home would agree with me. I picked up CBD infusionz because my sister-in-law had already tried it with her own cat, she was quite happy with the results. Second this company delivered quickly and took online orders. So it was easy and convenient. Third the brand is quite affordable. And last and the most important, my pet loves the taste of it. So he take sit readily without any fuss.

Personally suitable for me

A highly reputable seller… the best gummies in the entire world! This is what CBD infusionz is to me. I trust them a lot. The oil helped my mother while she was suffering during her final days. The products are THC free and so they can be transported to any place without any problem. I travel a lot. This makes the oils very suitable for me.

No occasion of course

Saw their bottle of “Hempy Worms” and found the name to be very funky. Ordered it online and received it within a week. Then I showed it off to all my college friends who were much impressed by my pick. A totally out of the box product and a totally aptitude matching name. I was feeling like a hero when I was showing off this bottle. We all tried it together for the first time during our break time and we all liked it a lot. A cool celebration after a long time (no occasion of course)!