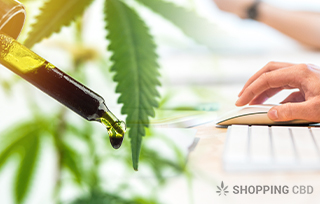 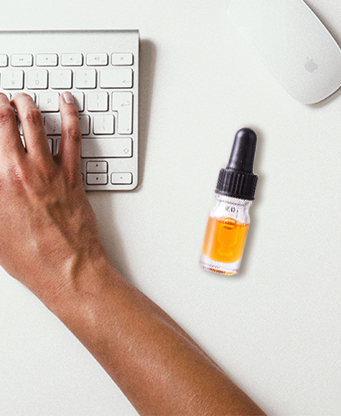 CBD is making a real name for itself in the news lately. But what is this mystery substance really all about? Does it work? Is it time that you gave it a try? Is it legal? Many of these questions and more have likely crossed your mind at some time or another. The fact is, CBD is proving to be an incredible therapeutic treatment option that may help with a number of medical conditions and everyone from your mother to your grandmother is probably wondering what it’s all about.

Thanks to Reddit, we could find exactly what everyday people like yourselves want to know about CBD. The great thing about Reddit is that it’s a worldwide platform that is made up of millions of regular people, and it’s generally trusted to provide accurate, top-notch, unbiased information on any topic you can think of.

The way that people look for information on the internet is ever-changing, and Reddit has undoubtedly become one of the go-to sources for everyday people like you and me. If you have any reservations, here are some numbers for you. As of 2017, the platform had over 540 million monthly visitors, which made it the fourth most frequently visited site in the United States and the ninth most visited site around the world.

In this article, we have put together the most popular and best CBD Reddit questions and answers and brought them to you in a convenient and comprehensive guide.

What Is the Best Way to Take CBD?

This will differ drastically from person to person, but it can be very helpful to hear what other people on Reddit CBD are saying. Essentially, it all depends on what you are using CBD for and what your preference is. Generally speaking, the most appropriate method is one that provides an optimal dose for the desired duration. Here are some of the most common ways of consuming CBD:

What Is the Optimal Dosage of CBD?

According to CBD oil Reddit, an effective dosage can vary from as little as a few milligrams of CBD oil to a gram or more. The fact is when it comes to dosage, there are a lot of different factors that come into play, and generally, the optimal dosage will be different for everyone.

The other factor that makes determining optimal CBD dosage so difficult is that because cannabis is still illegal on a federal level (thus not FDA-approved), physicians are not legally allowed to prescribe it and aren’t allowed to give recommendations on dosage. This leaves a lot of people in the dark when it comes to how much CBD they should take.

The general recommendation from CBD experts is to start slow with a low dose of CBD, and you can increase from there. Take a few small doses over the course of a day (rather than one big dose) and use the same dose and ratio for several days. Observe the effects and only if necessary adjust the amount or ratio. Eventually, you should find your optimal dosage – the amount that gives you the desired results.

Keep in mind that there are many different factors at play when it comes to dosage. These include the individual’s weight, metabolism, what condition they are treating, and what method of consumption they are using, among various other factors. The great thing about Reddit is that you can get ideas from hundreds of different people, all with varying circumstances and conditions.

Can You Get High from CBD?

One of the most asked Reddit CBD oil questions is whether you can get high using CBD. Reddit users respond with a virtually unanimous “no.” THC is the psychoactive compound of the cannabis plant that makes users high. CBD doesn’t have any psychoactive properties and doesn’t have any influence with CB1 receptors in the brain, thus has absolutely no intoxicating effects on the mind. CBD is used purely for its medicinal benefits.

Many CBD oils, particularly full-spectrum CBD oil, will contain trace amounts of THC. However, it’s not enough to make them high. But, if you are at risk of having a random drug test at work, you may want to choose CBD isolate products that are completely devoid of THC.

Are There Side Effects Associated with CBD?

When it comes to CBD effects Reddit clarifies that generally speaking, CBD is believed to be safe and comes with very few side effects – none of which are very serious. These include; dry mouth, lightheadedness, drowsiness, and low blood pressure. While recognizing the need for more research, up until now, CBD has shown to be mostly well-tolerated. Based on a global report that was published by the World Health Organization (WHO), CBD isn’t addictive and there is no risk of dependency.

However, the long-term CBD side effects Reddit confirms have not yet been studied. At this point in time, we can best judge the long-term effects by looking at anecdotal evidence from frequent, daily users. This is another way that Reddit can be so valuable – we can get firsthand information from those who have been consuming CBD for years.

This answer will obviously depend on where you are. However, because CBD is a component of marijuana, it’s legality is still very unclear. In all honesty, the answer to this question is very complex and depends on several factors that are determined by each specific state. The most important factor is whether the CBD is derived from marijuana or hemp.

Marijuana usually contains a much higher THC level – up to 30%, while hemp contains no more than 0.3% THC. This is, of course, the main concern for lawmakers since THC is the compound that is responsible for the psychoactive effects of marijuana. Because hemp doesn’t have any psychoactive effects, the law doesn’t have a problem with it, and it’s legal throughout the United States. Marijuana is a lot more complex.

Ultimately it depends on what state you are in and the specific laws of that state. If marijuana is legal in that state, then CBD will obviously be legal as well. However, if weed isn’t legal in a specific state, then only CBD that is hemp-derived and has a THC content of under 0.3% will be legal.

Will CBD Show up in a Drug Test?

Technically speaking, drug tests are looking for traces of THC and not CBD. CBD is a chemical, so if you ingest it, your body will metabolize it which means that it can be detected. However, the average drug test is not designed to pick up CBD, or any other cannabis compound for that matter, other than THC. Because CBD is chemically different from THC, it’s unlikely that pure CBD will be detected in drug tests.

But, that doesn’t mean that you are completely in the clear, because some CBD oils and other CBD-infused products contain trace amounts of THC. The good news is that more often than not, it won’t be enough THC to show up in a drug test. 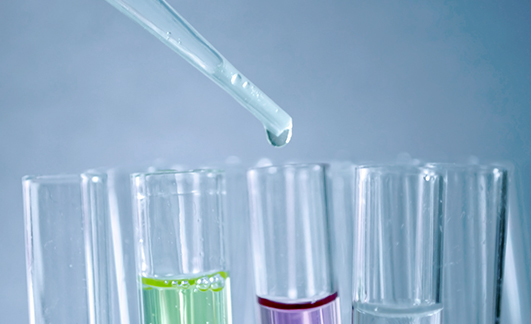 What Should You Look for When Choosing a CBD Product?

It’s important that you look for products that have clear labels which show manufacturing date, the quantity of THC and CBD per dose, and a batch number – for quality control purposes. Choose products that have quality ingredients; no artificial additives, corn syrup, thinning fats, preservatives, or trans fats.

High-quality CBD products should be lab tested for consistency and verified as being free from pesticides, bacteria, contaminants, and mold solvent residues. These results should be available in the form of a report that can be accessed by anyone and everyone. It’s best to avoid products that are extracted with toxic solvents like hexane, propane, and BHO. Rather, choose brands that use safe extraction methods such as food-grade ethanol or supercritical CO2.

How Does CBD Help with Anxiety?

There is a huge ongoing forum called “your experiences with CBD and anxiety” on Reddit. You can check out some incredible real-life, first-hand stories of users who have had success using CBD to treat their anxiety.

One of the most well-known health benefits of CBD is its ability to treat anxiety. Various studies have been done on CBD and research suggests that it has very effective anti-anxiety properties. CBD exerts different actions in the brain which explains why it has the potential to treat anxiety. It has the ability to boost cell signalling via the serotonin receptor 5-HT1A agonist, which is important because this is a receptor that is involved in the chemical pathways of both anxiety and depression.

Not only is it effective on a therapeutic level, but it’s also a much healthier option than the various big pharma drugs that doctors typically prescribe for anxiety. Think of Prozac and Zoloft – these come with some awful side effects and are often very addictive.